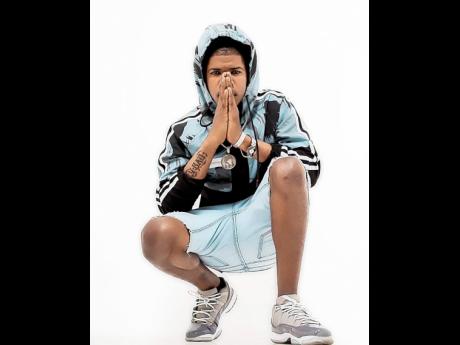 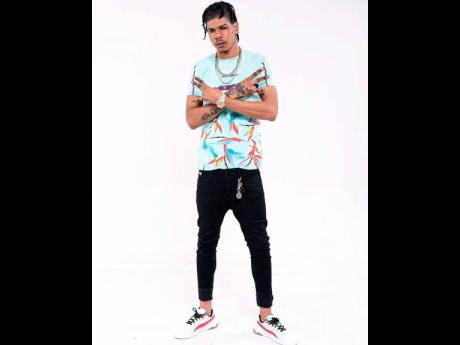 An all-white clad Fully Bad suspends from the sky as he towers over his Cassava Piece, St Andrew community, joined by angels on his left and right. It's the album cover for his sophomore set, Gad a Earth, a title he doesn't take lightly.

"Inna mi community, Cassava Piece, you have the elders, the younger youths a come up, and everybody a look up to me as the young youth weh out deh a do it for the community so everybody calls me 'gad a Earth' or 'bad Gad' which is how mi come up with the name for this album," Fully Bad told THE STAR.

The 20-track project is slated for release in January, a little over a year since he dropped his debut studio album, Born Fi Dweet. The latter was an ode to his daughter, and showcased his lyrical versatility beyond the "gangster music" that has become his signature.

"A lot of people usually bash me about my gangster music, so mi decide fi give them a full body of work of some reality music and some good music and we did it and it worked," he said.

"It increased mi fan base so you know the numbers a go up. We go out inna the streets and we're getting more love and more people a gravitate to mi music... That inspire me fi come do Gad a Earth now because mi 'born fi dweet' and mi a show dem seh mi a 'gad a Earth' now."

The tracklist will comprise "party songs, gangster music and more dancehall songs for the females" which he placed under the term "uptempo" songs. Understanding his stated title as role model in his community, he said the gangster songs are only for entertainment, which his fans understand.

The lead single for the project is Composure, which will debut on December 10 with visuals. It is being produced by Sartout Records. Other producers on the album include Moshouse Records, Prince Villa Records and Tru Productions.

As for his expectations, Fully Bad "hope it go the Grammys and the Billboard and all of the top platforms inna music. We waan break all of those barriers with Gad a Earth."

His Grammy aspiration is strengthened by the evolution of the reggae category in recent years with modern representations like Koffee and dancehall figures like Spice.

"Mi feel proud fi see we brothers and sisters out there a do it so that even push we fi go harder and show we seh it out deh fi we."