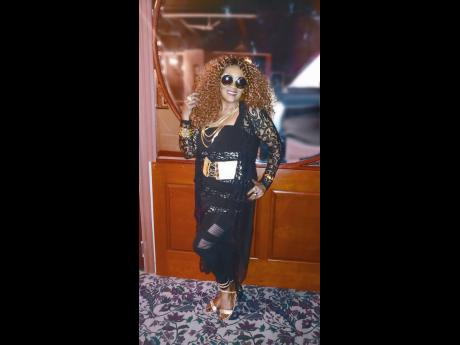 JoJo Mac was among the millions of people who celebrated Barack Obama's election as the first black president of the United States in 2008.

But the Philadelphia-based singer believes seeds for the current racial discord in the US were sown back then. Her latest song, Fight For Life, is inspired by the turbulent climate.

"I knew it (racism) was there but people were not so eager to show how they felt, it was more in the form of a plastic smile, or even just ignoring us. Now they are more in your face and becoming more physical," said JoJo Mac. "But as the song says, they see us making bigger and more positive moves and they don't like that, and it's really starting to make them mad. I think the excessive animosity started with Barack Obama becoming president ... It rubbed a lot of people the wrong way."

Fight For Life is produced John 'I-Shenko' McKenzie for his Rebel Kolony Entertainment. It is one of five songs on the Rebelution rhythm.

Many politicians and pundits blame the latest wave of racial angst in the US on Obama's successor, Donald Trump, whose nationalistic slogans such as 'America First' were interpreted as appealing to conservative whites weary of mass immigration. A US resident since the 1980s, JoJo Mac has recorded a handful of albums and numerous singles. At one stage, she was a member of Black Uhuru. Like most of her songs, she wrote Fight For Life.

"I have had people write songs that they want me to sing, but I am a writer myself so when someone sends me a song to sing, they have to come really good, otherwise I won't do it. The lyrics have to be really strong and meaningful, regardless of the topic," she said.