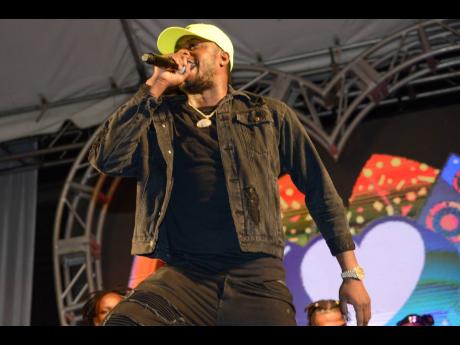 The Tokyo 2020 Olympics, set to start on Friday, will be vastly different from other editions of the global showcase, as there will be no spectators due to the COVID-19 pandemic.

There will be no victory hugs and other close interactions among the athletes as officials will maintain strict social distancing policies. For the Jamaican athletes in particular, the dances usually shared at the end of a record-breaking run may be no more. But dancer-turned-artiste Ding Dong is urging the Jamaican contingent in Tokyo not to let the COVID-19 change dampen their spirits.

"We know this is a rough time for all the athletes. They are used to interaction and vibes, the crowd cheering, the energy in the stadium and all that so I know it will be different but I hope it doesn't affect them too much. I hope they just get into their own moment, build their own vibes and just do what they need to," he said. "This whole COVID thing take too much away from we already so I just want the athletes to go out there and create dem own energy. Show the people at home ... say unu a gwaan wid unu self still."

Highlighting the energy Usain Bolt brought to the world stage, Ding Dong said athletes should try and have as much fun as possible.

"Mi always talk about Bolt because dat man just enjoy life anyweh him go. Him a one a di athletes weh make people know say dem nuh affi be so serious about everything. Dat man go Olympics and dance and just vibe. He brought entertainment and the Jamaican culture to the world stage in ways no other athlete has ever done and we just wah dat fi continue," he said.

Ding Dong also referenced Shelly-Ann Fraser-Pryce and the bold fashion statements she made on the world stage with her colourful hairstyles. He said like Bolt, she showcased the best of Jamaican culture in her own way.

"Everybody can just look forward to the hair from Shelly and wonder weh she a go come wid next. She come wid some long green braids one time, den she go green and yellow bundles a next time. She make people around the world know say we are a fashionable people in Jamaica," he said. "I just want the athletes to be dem selves, build your own vibes and be your own ambassador for the country in your own right."